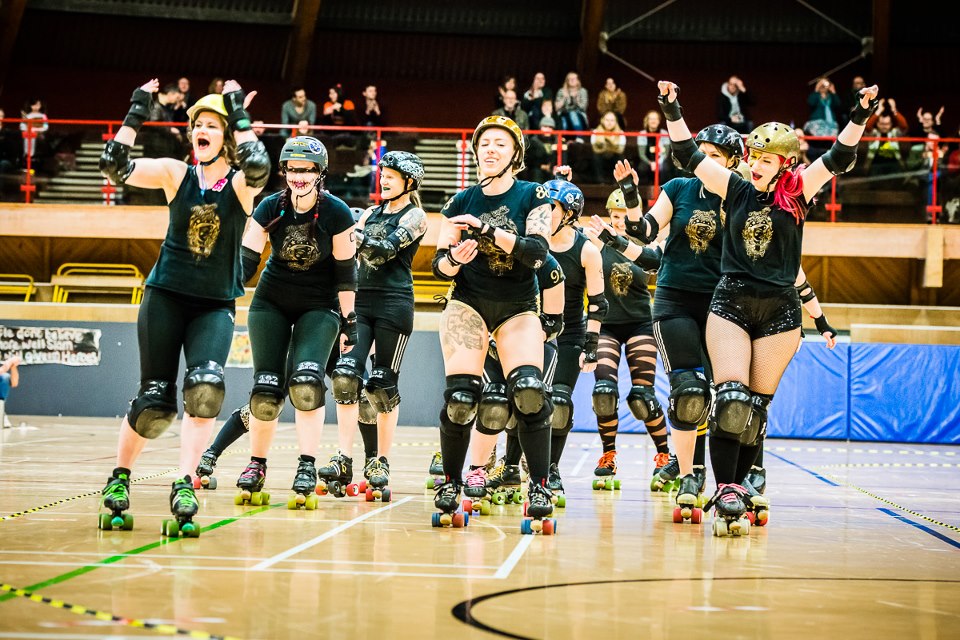 After a difficult end to 2012 the Canny Belters showed they were coming out fighting for 2013 with a great first match against the mighty Nottingham Hellfire Harlots.

It was a tough game with the Belters only picking up 18 points in the first half versus the Harlots 162.

The predicted score for the match from Derby Data Europe was Hellfire 390 : 100 Newcastle. The Belters went into this game with the goal of reducing this predicted score enough to move up in the rankings and after some tactical half time talk in the second half they were ready to show the division one team they meant business!

Although the Belters weren’t able to hit the 100 points they were predicted to score, they were able to keep Hellfire to within 162, well within what the rankings had suggested. This means Newcastle will move up to 40 (also thanks to big losses from One Love and Granite City Granite Girls) and Hellfire will remain at 17.