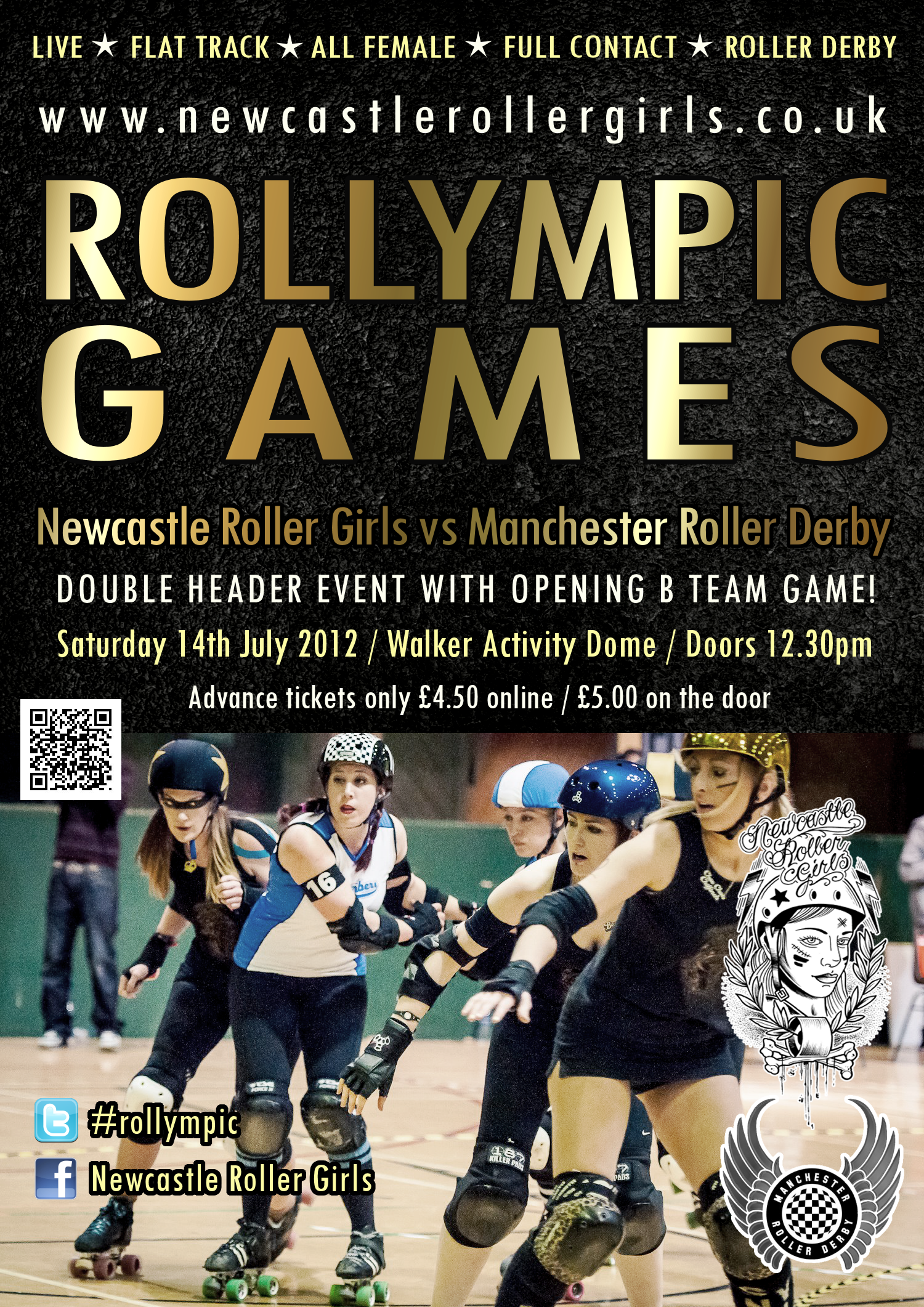 Following in the wheel tracks of the ancients, The Rollympic Games is seen as the ultimate test of Strength, Endurance and Skill. Which athlete will take the place on the top of the podium? Who will be the fastest? How much is that cake? These are all questions that could be asked and answered at The Rollympic Games!

“The Olympic motto is ‘Citius, Altius, Fortius’ – faster, higher, stronger. For us it would have to be faster, harder, stronger, and we’re out to prove that although roller derby isn’t an Olympic sport (yet!), our skaters train like athletes to embody those values and be the best. And what better time to showcase our skills than during such a spectacular summer of sport!

“Roller derby is a lot of fun, filled with big personalities and even bigger hits! It’s an alternative sport with a DIY ethic, which means it really demonstrates the Olympic values of equality, hard work, fairness and sportsmanship, so if anyone is inspired by the sporting spirit this summer, we’d love them to come along to the bout and see what roller derby’s all about!”

Some tickets will be available on the door for a cheeky fiver, but get there early to secure your place in the suicide seats.
(Under 12s have the honour of free entry, however under 16s must be accompanied by an adult).