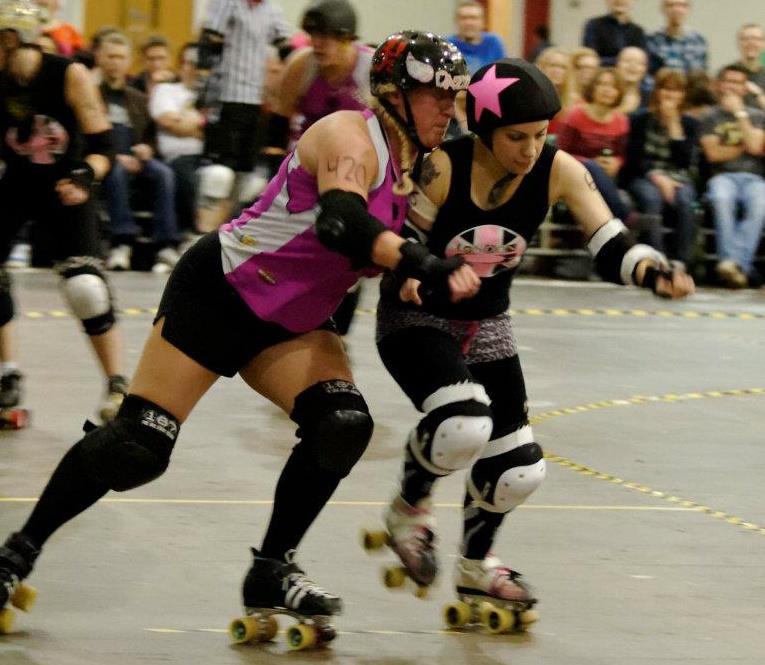 NRG are delighted to announce that they will be sponsoring the north east’s own pocket rocket, Juicy Lucy in her bid to help secure a Team England win at the Blood and Thunder Derby World Cup this week!

NRG captain Brie Larceny said: “Lucy has helped us a lot, especially in the early days when everything was new to us. She would come to practice when she was in the region and show us some drills and generally give us tips on how to be awesome. So when the opportunity to arose to pay back a little bit of the goodness she’d shared with us we jumped at it! We’re so proud that’s she’s from our region and made Team England, we have some team members in Toronto to support her in person, so she had her own personal NRG cheerleading squad!”

Lucy will be wearing NRG’s logo on her Team England uniform so look out for her on track. If you can spot her that is, she may just be a blur!!