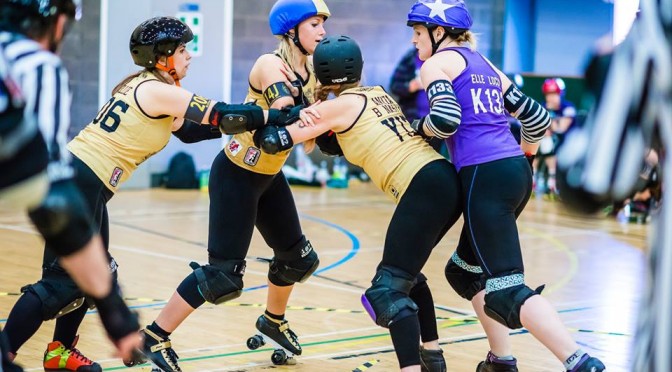 Congratulations to the Belters who played in the third round of the Northern Series and beat the mighty Rainy City Roller Girls, with two Team England skaters no less!

This was also the Belters second fully sanctioned WTFDA game which sees them get their first placing at 178 in the WFTDA worldwide league.

These results mean that the Belters will be fighting it out again in just four weeks time against Rainy City for that third spot in the Northern Series Final at home.